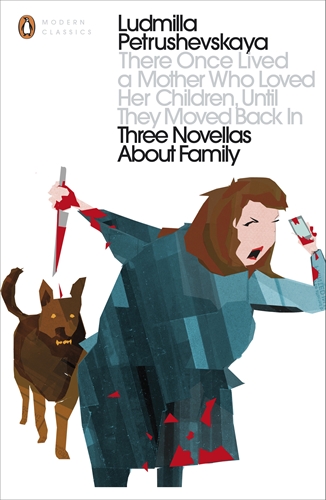 There Once Lived a Mother Who Loved Her Children, Until They Moved Back In

Here are attempts at human connection, both depraved and sublime, and the grinding struggle to survive against the crushing realities of the Soviet system: in Among Friends, a doting mother commits an atrocious act against her beloved son in an attempt to secure his future; The Time: Night examines the suicide of the great Russian poetess Anna Andreevna with heartbreaking clarity; while in Chocolates with Liqueur the struggle for ownership of an apartment between a nurse and a madman turns murderous. With the satirical eye of Cindy Sherman, the psychological perceptiveness of Dostoevsky, and the bleak absurdities of Beckett, Petrushevskaya blends macabre spectacle with transformative moments of grace and shows just why she is Russia's preeminent contemporary fiction writer.

One of Russia's best living writers ... her tales inhabit a borderline between this world and the next - The New York Times

Ludmilla Petrushevskaya was born in Moscow in 1938 and is the only indisputable canonical writer currently writing in Russian today. She is the author of more than fifteen collections of prose, among them this short novel The Time: Night, shortlisted for the Russian Booker Prize in 1992, and Svoi Krug, a modern classic about 1980s Soviet intelligentsia. Petrushevskaya is equally important as a playwright: since the 1980s her numerous plays have been staged by the best Russian theater companies. In 2002, Petrushevskaya received Russia's most prestigious prize, The Triumph, for lifetime achievement. She lives in Moscow.