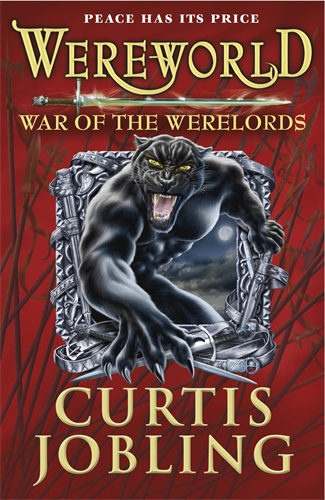 Wereworld: War of the Werelords (Book 6)

War of the Werelords is the action-packed final book in Curtis Jobling's Wereworld series.

Drew Ferran was born a werewolf. Time has always been his greatest enemy.
Across the Badlands the Catlords have turned on each other. In North Lyssia the Seven Realms' greatest armies gather. And in the frozen city of Icegarden an even deadlier force lies in wait. If Drew wants to save his friends, he must fight - but have the heavens already decided his fate?
All roads lead to war. In the shadow of Strakenberg, and by the light of the full moon, the victors - and losers - will be decided.


The designer of Bob the Builder, creator of Frankenstein's Cat and Raa Raa the Noisy Lion, and the author/illustrator of numerous children's books, Curtis Jobling lives with his family in Cheshire, England.

Although perhaps best known for his work in TV and picture books, Curtis's other love has always been horror and fantasy for an older audience. Wereworld is his first series for older readers.

'As a fantasy world it is superior to Eragon, and pure fun' - The Times