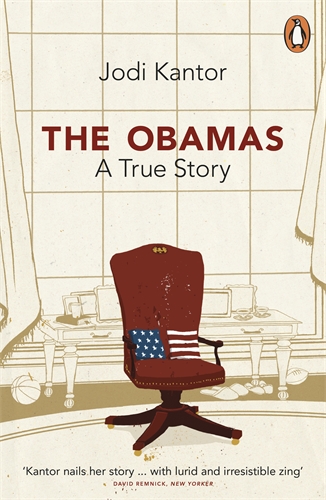 A Mission, A Marriage

'The fullest picture of this presidency yet' Daily Telegraph

'Kantor digs for detail and strikes gold' The Times

When Barack Obama won the 2008 presidential election, he also won a long-running debate with his wife Michelle. Contrary to her fears, politics now seemed like a worthwhile, even noble pursuit. Together they planned a White House life that would be as normal and sane as possible.

Then they moved in.

In The Obamas, the New York Times journalist Jodi Kantor takes us deep inside the White House as they grapple with their new roles, change the country, raise children, maintain friendships, and figure out what it means to be President and First Lady.