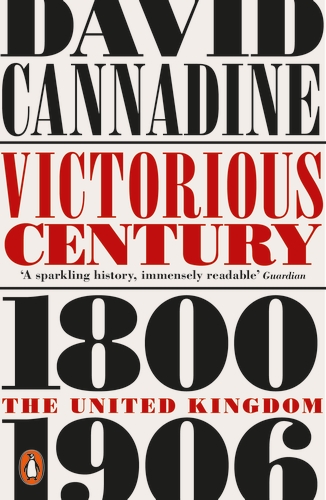 SHORTLISTED FOR THE DUFF COOPER PRIZE 2018

'This is stupendous. The British nineteenth century, in all its complexity, all its horror, all its energy, all its hopes is laid bare. This is the definitive history, and will remain so for generations' A.N. Wilson

To live in nineteenth-century Britain was to experience an astonishing series of changes, of a kind for which there was simply no precedent in the human experience. There were revolutions in transport, communication, work; cities grew vast; scientific ideas made the intellectual landscape unrecognizable. This was an exhilarating time, but also a horrifying one.

In his dazzling new book David Cannadine has created a bold, fascinating new interpretation of the British nineteenth century in all its energy and dynamism, darkness and vice. This was a country which saw itself at the summit of the world. And yet it was a society also convulsed by doubt, fear and introspection. Victorious Century reframes a time at once strangely familiar and yet wholly unlike our own.