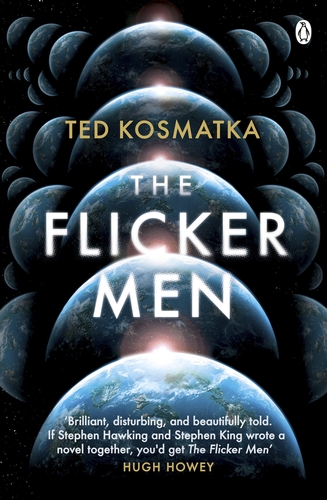 What if science proved the existence of the human soul?

The Man
Eric Argus, a washed-out quantum physicist given one last shot at redemption

The Consequences
A staggering revelation about the hidden structure of the universe. And an unimaginable reality that should never have been uncovered . . .

'A well-written, utterly convincing thriller that left my mind reeling for days. It latched on after the first chapter and didn't let go until the last word ... as thoughtful as it is thrilling. It kept me up way, way past my bedtime.' Daniel H. Wilson, author of Robopocalypse

'Prophet of Bones contains some incredibly tantalizing glimpses of hard science in a world constrained by theological received truth, and the detailed discussions of scientific methodology just add to the fascination' i09.com

'A masterwork of intrigue and menace ... I was enthralled ... An eye-opening and page-turning read without parallel' Clive Cussler