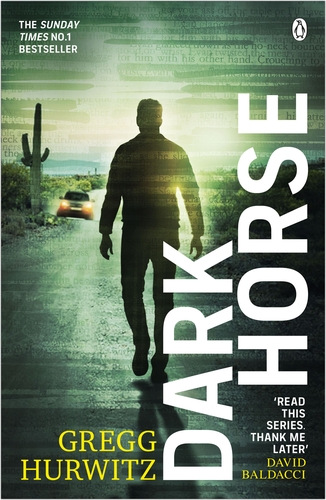 The electrifying new adventure in the Sunday Times bestselling series - in which Orphan X faces his most challenging mission ever . . .

'Gregg Hurwitz has outdone himself. Readers will get whiplash . . . The action strikes like lightning' LUIS URREA, Pulitzer finalist for The Devil's Highway
_______

Former government assassin Orphan X, Evan Smoak broke free to use his skills to help the good but powerless. But what if the person asking for help is neither?

When the daughter of a Texan crime boss is kidnapped by a ruthless drugs cartel, he asks Evan to rescue her.

The girl is innocent of her father's crimes.

But in taking the case is Evan crossing a line?

To find out he must break into an impregnable Mexican fortress.

Praise for the Orphan X series

'A stellar series, and the stories get better with each instalment' DAILY MAIL

'Outstanding in every way' LEE CHILD

'A stellar series, and the stories get better with each instalment' DAILY MAIL

'An immensely entertaining adventure' THE TIMES