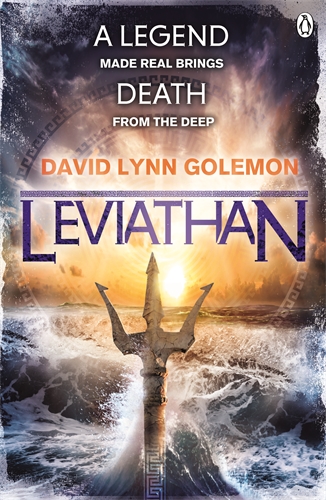 LEGEND COMES TO LIFE - TO BRING DEATH TO THE DEEP

The ships of the world are under fire - attacks so sudden and vicious that most of them sink without even making a distress call. As navies from many nations attempt to locate the losses and find this destructive and hidden enemy, even their ships disappear without a trace.

Enter the Event Group - the most secret organization in the U.S. government's history - a group of the brightest and best soldiers and scientists, led by Colonel Jack Collins.

As they race to find a solution, they discover they are up against the most advanced undersea vessel in history - and an insane genius who wants to dispense his own twisted justice to the world . . .

Praise for David Lynn Golemon and the EVENT series:

'Sure to satisfy fans of The X-Files' Publishers Weekly

'Imagine mixing in a blender Tom Clancy with the movie Predator and the X-Files ... non-stop action' Library Journal

David Lynn Golemon grew up in Chino, California and worked for the US military in a classified role. He now lives and writes in Long Island, New York. His Event Group Series includes the titles Event, Legend, Ancient, Leviathan and Primeval.