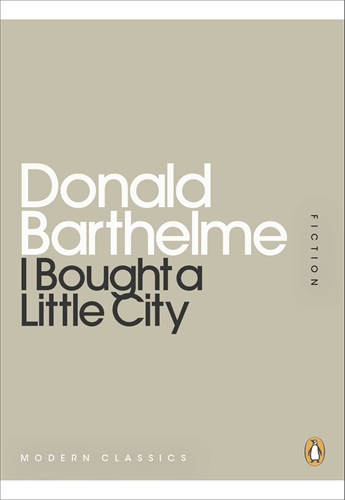 I Bought a Little City

"I Bought a Little City [is] a take on the role that a writer has in writing a story - playing god, in a certain way." Donald Antrim, novelist.
'Got a little city, ain't it pretty'.
Galveston, Texas, has been bought. It suits its new owner just fine. So he starts to change it. He creates a new residential area in the shape of a Mona Lisa jigsaw puzzle, shoots six thousand dogs, and reminds those who complain that he controls the jail, the police and the local chapter of the American Civil Liberties Union. But, playing God has its limitations, which he soon discovers when he starts to covet Sam Hong's wife. With Donald Barthelme's unmistakeable ability to blend absurdity and the recognisable details of ordinary life, this is an uncanny tale about urban planning, capitalism and God.