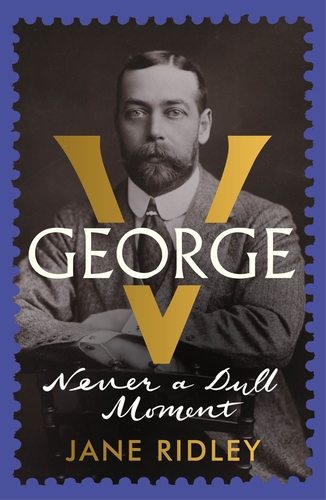 The prequel to The Crown: the first truly candid portrait of George V and Mary, the Queen's grandparents and creators of the modern monarchy

The lasting reputation of George V is for dullness. His biographer Harold Nicolson famously quipped that 'he did nothing at all but kill animals and stick in stamps'.

But is that really all there was to King George, a monarch confronted by a series of crises thought to be the most testing faced by any twentieth-century British sovereign? As Tommy Lascelles, one of the most perceptive royal advisers, put it: 'He was dull, beyond dispute -- but my God, his reign never had a dull moment.'

Throughout his reign, George V navigated a constitutional crisis, the First World War, the fall of thirteen European monarchies and the rise of Bolshevism. The suffragette Emily Davison threw herself under his horse at the Derby, he refused asylum to his cousin the Tsar Nicholas II and he facilitated the first Labour government.

How this supposedly limited man steered the Crown through so many perils is a gripping tale. With unprecedented access to the archives, Jane Ridley has been able to reassess the many myths associated with this dramatic period for the first time.