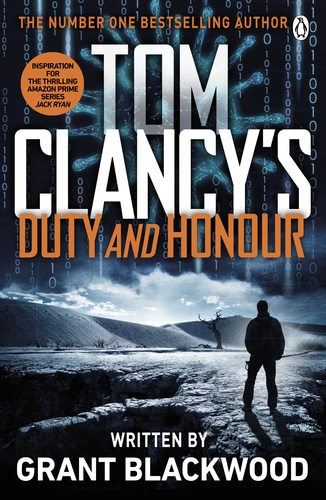 **'Exhilarating. No other novelist is giving so full a picture of modern conflict' Sunday Times**

Covert operative Jack Ryan Jr is enjoying some well-earned R&R when an attempt is made on his life. He survives, only to learn that another attempt on his life is imminent.

Having barely survived the first time, Jack sets out to find out who wants him dead, and why...

Using clues left by his would-be assassin, Jack follows a trail that leads through France and Switzerland to Rostock, a shadowy security firm based in Germany. Jack knows its head, Jurgen Rostock, from a previous operation - one that has apparently drawn the man's fury.

Without the resources of The Campus - the elite agency from which he is on a leave-of-absence - but with the help of an investigative journalist, Jack embarks on his own secret campaign to uncover the truth about Rostock. And what he finds is that they are up to something both big and very, very bad.

But what can one man do against all Rostock's might?

The world is about to find out.