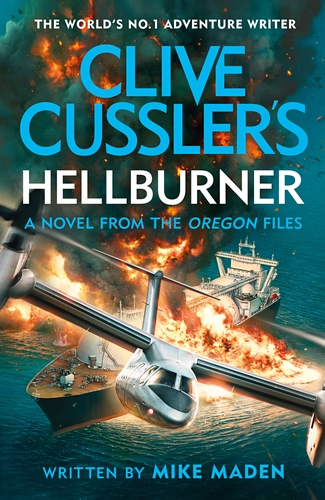 Juan Cabrillo and the crew of the Oregon must track down a criminal dynasty and a nuclear torpedo - before World War III is unleashed . . .

When Juan Cabrillo fails to capture the leader of Mexico's most dangerous drug cartel and loses an Oregon crew member in the process, he's determined to get revenge. Little does he know that the explosion he just narrowly escaped was merely the latest flash of violence from a machine of war that has existed for decades, dating from the bloodiest episode in Armenia's history.

Cabrillo's Corporation of mercenaries may have finally met its match in The Pipeline - a criminal syndicate passed down from father to son across generations. A group with its finger on the trigger of a torpedo so deadly it could level entire cities.

With millions of innocent civilians hanging in the balance, the Oregon's crew must unravel a tangle of drug-smuggling routes and international conspiracies spanning from the Aegean Sea to the Indian Ocean, putting their lives on the line to find the weapon before its countdown hits zero.