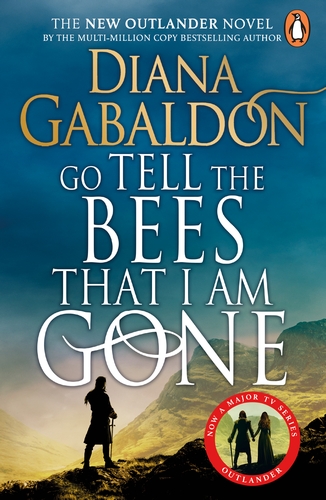 Go Tell the Bees that I am Gone

THE NINTH NOVEL IN THE BESTSELLING OUTLANDER SERIES.

The past may seem the safest place to be. But it’s the most dangerous time to be alive

America is on the edge of a bloody conflict, a country torn by war.

Jamie and Claire survived Scotland and the Civil war that threatened its destruction. They must do the same now to protect themselves and their family.

Roger and Brianna have fled the dangers of 1980s Scotland and Rob Cameron to return to Fraser’s Ridge in 1779 America. But the North Carolina backcountry is not untouched by the Revolution and tensions are at an all-time high.

Claire is concerned not only for her family but for Jamie and the dangers he faces. She will not lose him again.

The Fraser’s must use their collective knowledge of the future to keep themselves safe in the past.