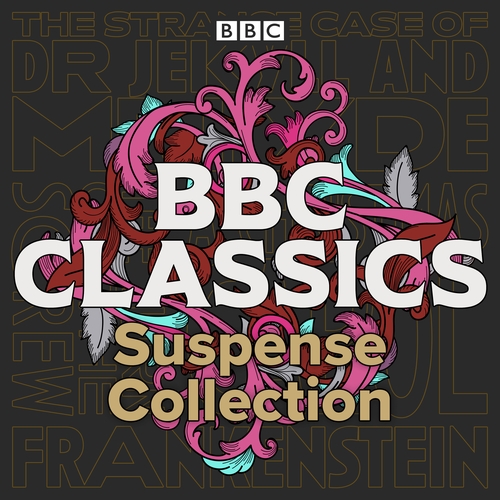 Frankenstein, A Christmas Carol, The Strange Case of Dr Jekyll and Mr Hyde & The Turn of the Screw
Audio Download

This suspenseful anthology collects together four gripping tales of gruesome scientific experiments and chilling supernatural events - all read in full by some of the very best voice actors. With over 18 hours of electrifying listening, tracked by chapter, these classic tales will have you on the edge of your seat.

A Christmas Carol
Charles Dickens' timeless classic about a bitter old miser who has a Christmas epiphany when he is visited by four spirits. Read by Sean Baker

The Strange Case of Dr Jekyll and Mr Hyde
Robert Louis Stevenson's famous novella about a doctor who experiments with the duality of human nature - and in doing so creates a monster. Read by Sam Dale.

The Turn of the Screw
Henry James' terrifying tale of a governess sent to look after two children in a haunted country house. Read by Sam Dale and Clare Corbett.

The Turn of the Screw
Read by Sam Dale and Clare Corbett
Produced by Julian Wilkinson
First broadcast on BBC Sounds, 1 November 2019