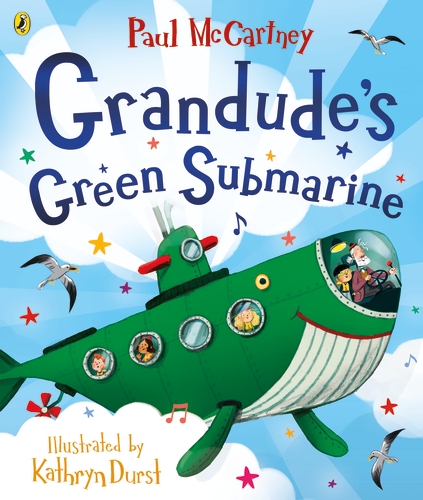 As the Chillers explored, Lucy spotted a picture of Nandude, their adventurous grandmother.
"When will we see her again?" asked Bob.
"Perhaps we could go on an adventure to find her!" said Em . . .

Grandude and the Chillers are back!

Jump aboard Grandude's magical green submarine and join the quest to find Nandude, following her musical trail around the world and deep beneath the sea.

Celebrate the fun grandparents and their grandchildren can have together, even if there is a bit of distance keeping them apart.

Praise for New York Times Number 1 Bestseller Hey Grandude!
A charming tale from the music legend - with the most glorious illustrations that will be enjoyed by old and young - THE SUN

Inspired by his own experience of being a 'Grandude' of eight, the picture book sees four youngsters and their grandfather travel the world on a host of magical adventures. Accompanied by Kathryn Durst's colourful illustrations, it is sure to take pride of place on any little one's bookshelf - OK MAGAZINE