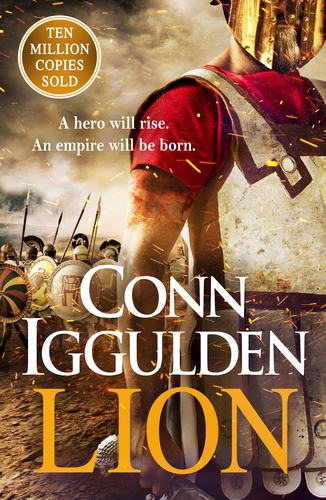 The age of myths and legends has given way to the world of men. In the front rank stands Pericles, Lion of Athens.

Behind Pericles lies the greatest city of the ancient world. Before him, on land and at sea, stands the merciless Persian army. Both sides are spoiling for war.

Though still a young man, Pericles knows one thing: to fight a war you must first win the peace.

It's time for a hero to rise.

For his enemies to tremble.

And for Athens, a city of wisdom and warriors, to shine with glory . . .

'The master historical storyteller returns with the first of a new pair of novels about Athenian general and politician Pericles. This swords-and-sandals epic brings the sights, sounds and smells of the ancient world to life, telling the story of the ongoing clash of empires between Greece and Persia. Conn Iggulden's research is second-to-none and his writing has never been more addictive. At home, Pericles is navigating a difficult marriage while shoring up his position in Athenian politics and art. But, in this gripping read, he also faces the ever-present threat of a resurgent Persia on the battlefield' DAILY EXPRESS
_______

'Another masterpiece from Iggulden' 5***** Reader Review